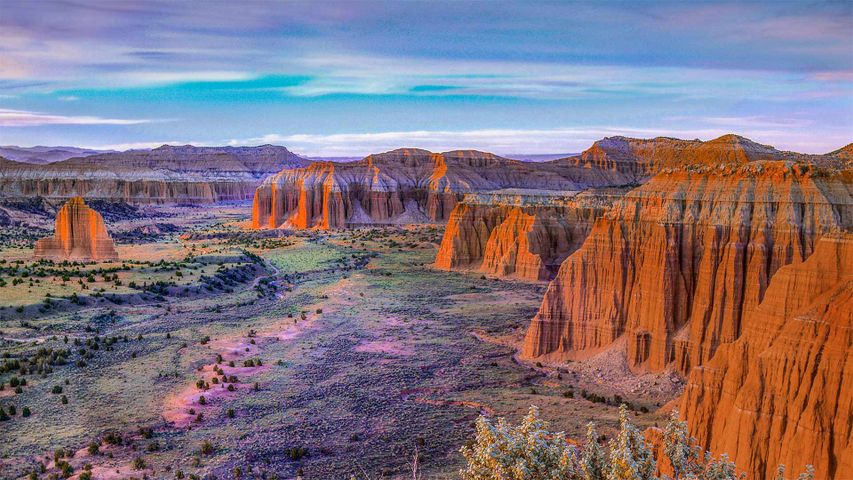 Capitol Reef National Park is an American park in Utah's south-central desert. It is named after its massive rock domes that reminded explorers of the dome of the United States Capitol building in Washington, DC. Locally, 'reef' refers to any rocky barrier to travellers through the region, the same way a coral reef is an obstacle to sailors.

This section of the park is called Cathedral Valley. It is a remote, rugged region, which makes it one of the lesser-visited areas of the park. Here you will find giant sandstone monoliths that resemble cathedrals. Some of the structures have interesting names including Walls of Jericho and the Temples of the Sun and Moon.