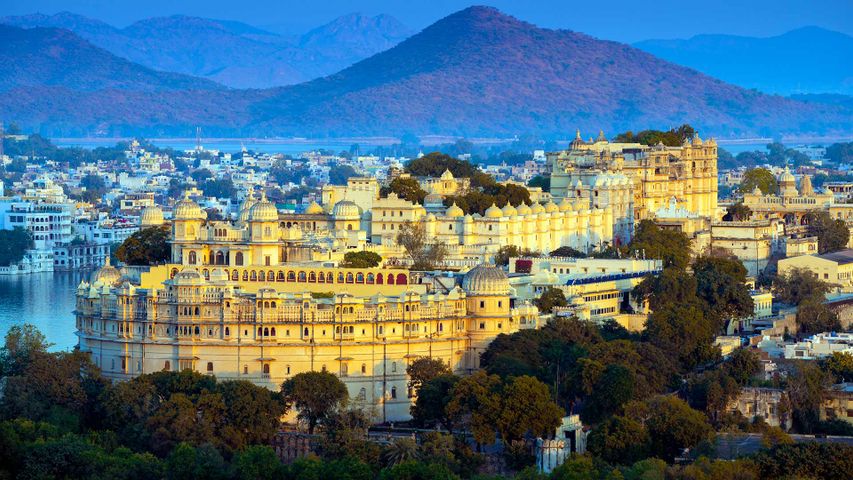 Info. City Palace on the banks of Lake Pichola in Udaipur, India

We’re admiring the City Palace complex in Udaipur in the Indian state of Rajasthan. Built in granite and marble, construction started in the 16th century under the reign of Maharana Udai Singh II, who founded the city. It was enhanced by his successors over a period of nearly 400 years and has a blend of Medieval, European and Chinese architecture. It was built on top of a hill above Lake Pichola, providing a panoramic view of Udaipur. Surrounded by the Aravalli mountain range, it has several palaces within its complex. The palace is popular with tourists and featured as a hotel in the 1983 James Bond film ‘Octopussy’.