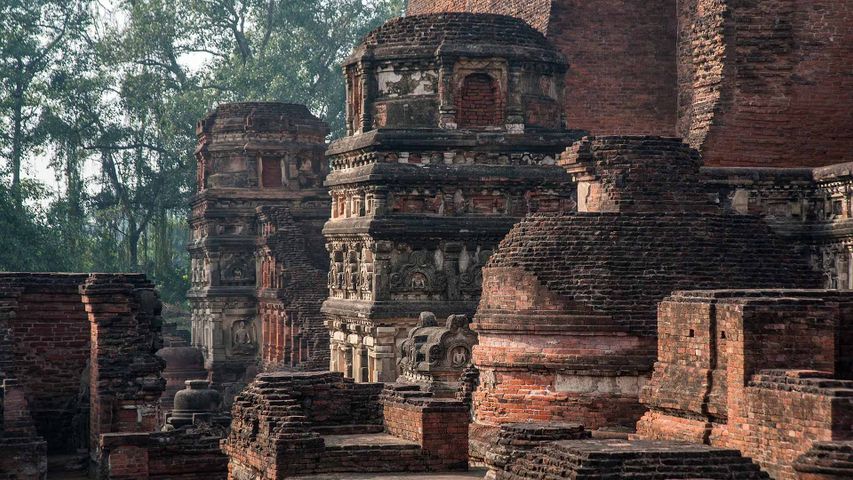 Today, we are celebrating Guru Purnima, a tradition dedicated to all the spiritual and academic gurus, who are evolved or enlightened humans, ready to share their wisdom with very little or no monetary expectation. The festival is traditionally observed by Hindus, Buddhists, and Jains to revere their chosen spiritual teachers and leaders and express their gratitude. Mythology says, on Guru Purnima, Lord Shiva started the transmission of yoga to the Saptarishis. This day is also celebrated as Vyasa Purnima in the honour of the great sage Veda Vyasa, who is known to be one of the greatest gurus of India and the author of Mahabharata.

Talking about education and spiritual learning, we are taking you to the most ancient university of the Indian subcontinent – Nalanda Mahavira. Spread over an area of 23 hectares in Bihar, the site comprises the archaeological remains of a monastic and scholastic institution dating from the 3rd century BCE to the 13th century CE. It includes stupas, shrines, viharas (residential and educational buildings), and important artworks in stucco, stone, and metal. The institution was engaged in the organised transmission of knowledge over an uninterrupted period of 800 years. The historical development of the site testifies to the development of Buddhism into a religion and the flourishing of monastic and educational traditions. It is also a UNESCO World Heritage Site.