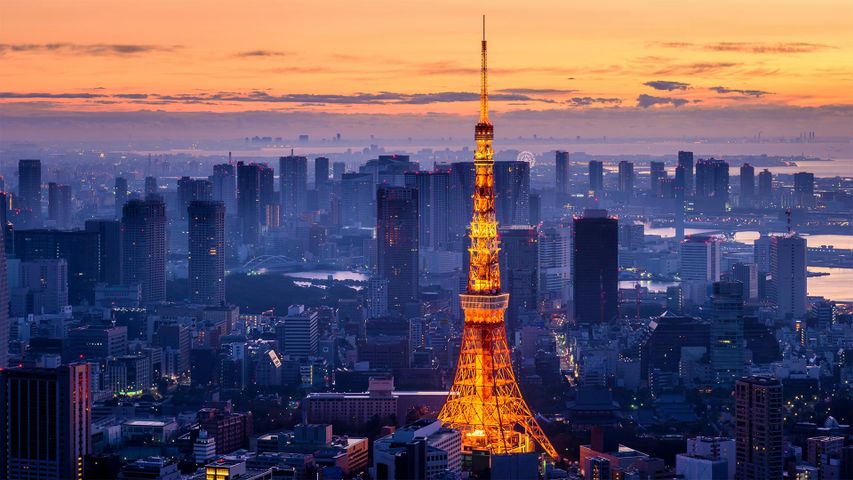 Shining like an incandescent Olympic torch, the Tokyo Tower is our cue to finally say, 'Let the games begin!' Along with so much else, the 2020 Summer Olympics were postponed last year (as you probably heard). Despite the long delay, the Summer Olympic Games begin in Tokyo today, almost exactly one year after the games were originally due to start. But these Olympics will look a little different from past games. A recent spike in coronavirus cases has led to a state of emergency in Tokyo, so Olympic organizers have barred spectators from most events. Nevertheless, officials are determined that the Tokyo Olympics will be a demonstration of fortitude in the face of adversity.

The events will be held at 42 venues in and around the city, with most held in Tokyo itself. Organizers expect some 11,000 athletes from about 200 countries to compete. Four sports will make their Olympic debut at the Tokyo Games: karate, sport climbing, surfing, and skateboarding. Also, baseball and softball, which were last held in 2008, are being reintroduced. Closing ceremonies are scheduled for August 8. Game on!