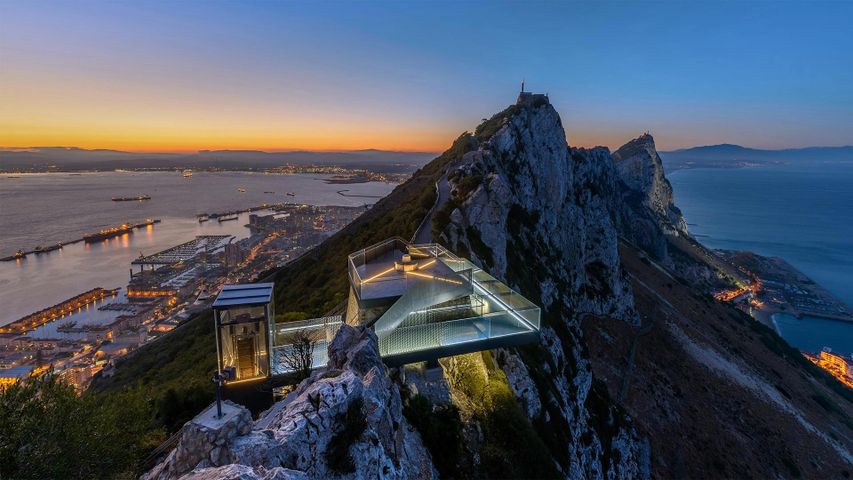 Make your way up the trails of this monolithic rock promontory to the Skywalk, an 8,000-square-foot glass platform that soars more than 1,100 feet above sea level. On a clear day, you can see three countries and two continents from here. These epic views draw tourists, as does the Rock’s legendary history. A British Overseas Territory since 1713, Gibraltar has long been a strategically important military outpost located near the southern tip of Europe on the Iberian Peninsula. Far below the Skywalk, visitors can take in military relics that date back to the first years of British rule here.Over time, the British Armed Forces built an extensive tunnel system through the limestone. The subterranean network was greatly expanded during World War II to accommodate 16,000 men and elaborate amenities, including a hospital, bakery, and water desalination plant. In November 1942, General Dwight D. Eisenhower operated a command center from the tunnels for Operation Torch—a mission that was a turning point in the war, marking the entry of US forces to fight alongside the British. The Skywalk is the newest attraction here, opening in March 2018 to great fanfare at a ceremony hosted by Mark Hamill, better known as Luke Skywalker.