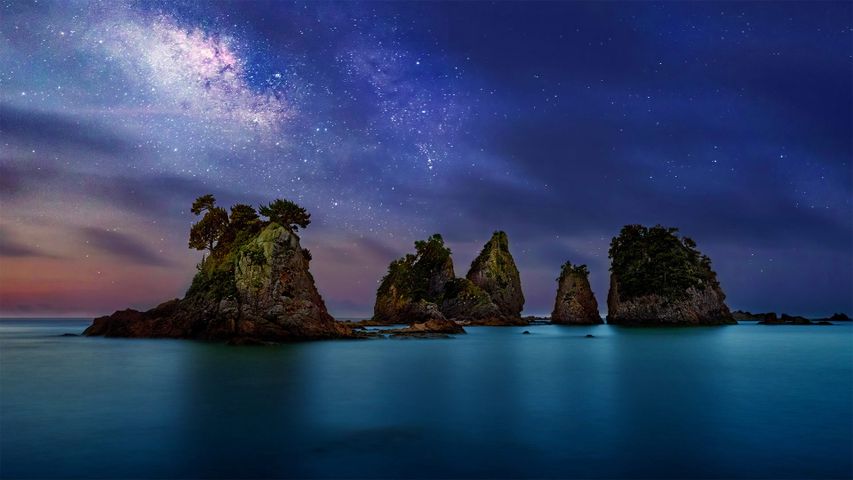 In Japan, mid-July brings an excuse to head to the beach, as if we really needed one. That's because this time of year marks Marine Day (aka Ocean Day), an observance recognizing the close bond the island nation shares with the seas and ocean that surround it. Because Marine Day roughly coincides with the end of the rainy season, it has, over the years, become a sort of unofficial kick off to the hot summer season. One place sure to attract visitors is the picturesque Minokake-Iwa rock formation seen here, lying off the coast of Honshū's mountainous 50-kilometre-long Izu Peninsula.

Ordinarily Marine Day is observed on the third Monday in July, but this year the holiday was moved to immediately precede the start of the Summer Olympics in Tokyo. So, this is the day to hit the beach in Japan, just before the Olympics' opening ceremonies begin tomorrow.