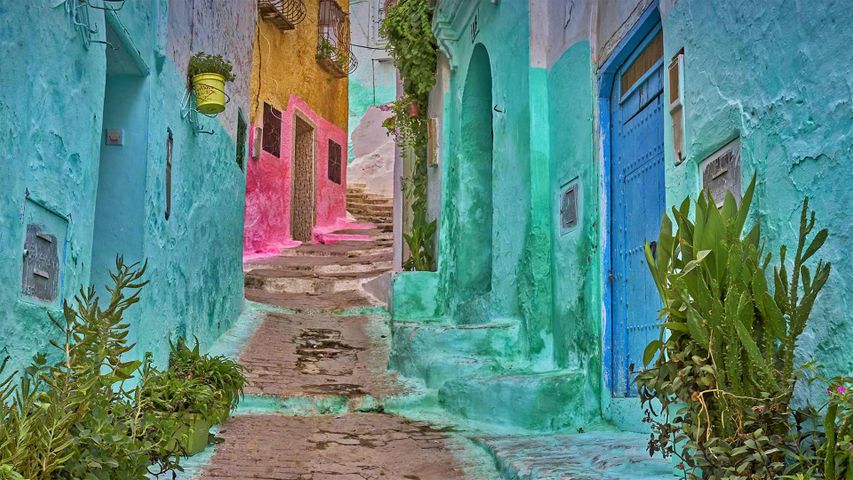 This colourful alleyway is in the medina—the ancient part—of the Moroccan city of Tétouan. From above, the medina appears to be a maze of ancient white plaster buildings surrounded by rampart walls and seven magnificent gates. But inside the maze, some alleyways like this one display a burst of colour, an embellishment created by mixing pigments into the buildings' plaster. The alleyways here are tall and skinny, large enough for a donkey and its handler to pass by, but too small for vehicles, so they invite peaceful strolls through the colourful shade.

The old city was founded by the Amazigh people in the 13th century, but 200 years later, Castilians from the Iberian Peninsula destroyed the fortified settlement. The medina later became a refuge for Muslims and Sephardic Jews from Andalusia who were fleeing the Reconquista and the Spanish Inquisition. These refugees helped rebuild the city that had been destroyed by Castilians, making a significant mark on Tétouan’s architecture, art, and cuisine. The medina remains largely unchanged all these centuries later, making it a natural fit as a UNESCO World Heritage Site.

Rugged peaks and braided rivers in the Peel Watershed, Yukon