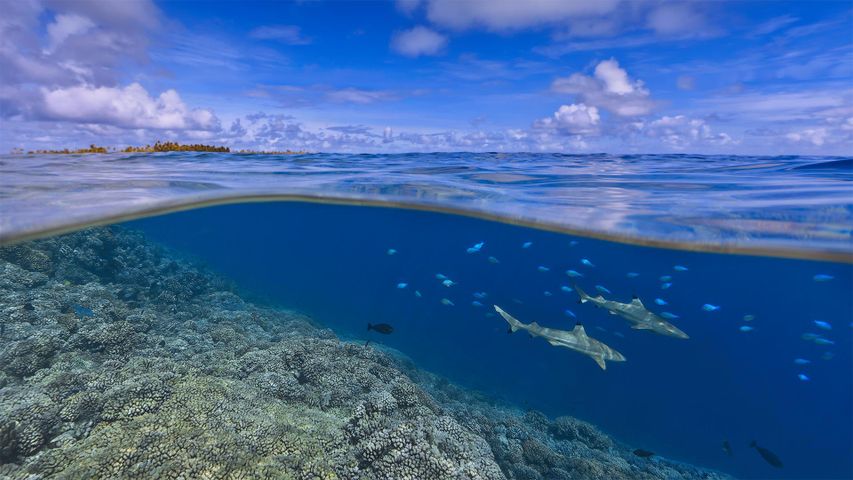 They've long been treated as threats, portrayed as villains, and brutally hunted for their edible fins, so we think it's only fair that sharks get their own day. Shark Awareness Day is meant to highlight the importance of the most fearsome fish in nature, from little lanternsharks to great whites to these blacktip reef sharks cruising the Tahitian coast.

Why celebrate an apex predator that most humans associate with horror movies? Well, first: The blacktip reef shark is timid around people and has never fatally attacked a human. And second: Without sharks acting as population control on other marine life, the ocean would be a very different place. Sharks eat a lot of squid and smaller fish, and like land predators, help keep their prey from overpopulating. Shark populations have declined more than 70 percent since the 1970s, so they deserve our attention as a vital, disappearing part of the marine ecosystem—even if they seem a little scary.

Badlands near Drumheller in Alberta