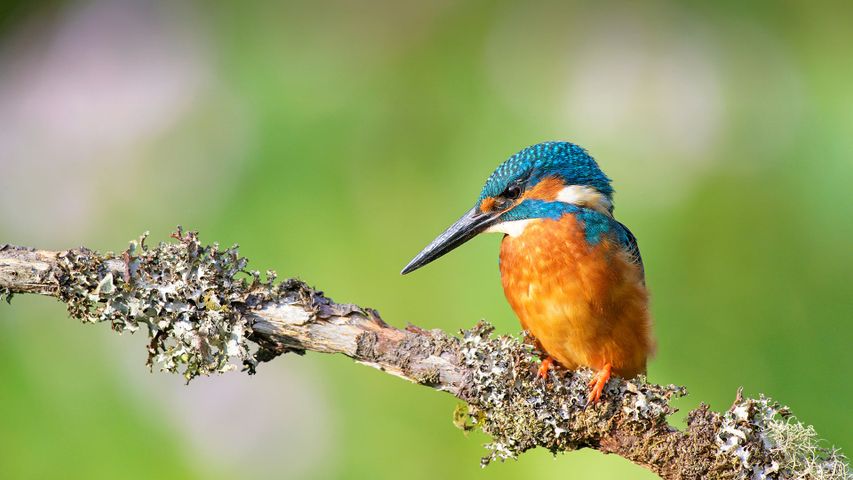 Small but beautiful, it’s not often you get a close-up look at a kingfisher on its perch. You’re more likely to glimpse a metallic flash of those blue-green feathers as it dives into the water after its prey - small fish like minnows and sticklebacks. The common kingfisher (Alcedo atthis) is just one of more than 100 kingfisher species across the world, ranging from the tiny African dwarf kingfisher - weighing in at 9g (less than half an ounce) - to the Australian laughing kookaburra, which tips the scales at nearly 500g (18oz).

This particular version’s beautiful plumage made it a target for taxidermists and milliners in Victorian times. These days, its main threats are river pollution and severe winters which put its food supply at risk. For such a small bird, it has a large appetite and must eat its own body weight (between 34g and 46g) in fish and insects every day to survive. If there are chicks to feed as well, kingfishers will spend every moment of daylight hunting for fish.

They nest, not in trees, but in holes in riverbanks and are very territorial, covering stretches of river of at least 1km. If you’re lucky, you may see one skimming the water’s surface, constantly on the lookout for its next meal.