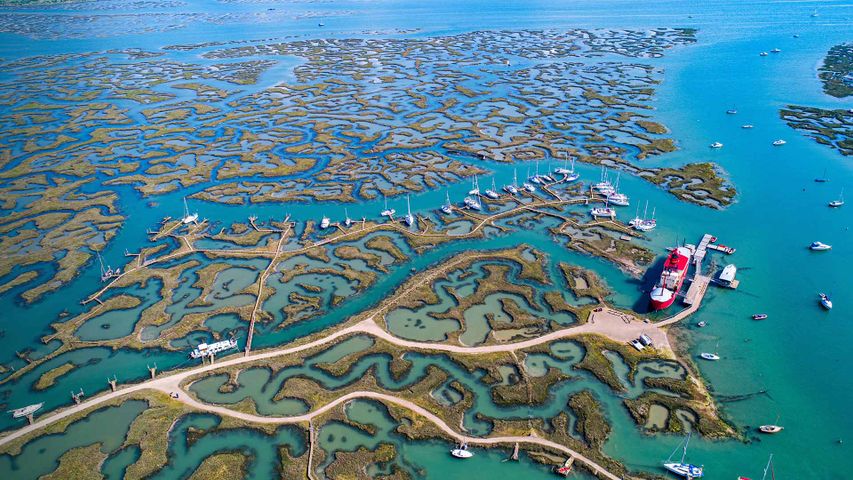 A landscape worth its salt

This otherworldly landscape can be found at the mouth of the River Blackwater in Tollesbury, Essex. The reed beds, mudflats and salt marshes form a wilderness teeming with life where the river meets the North Sea. Part of 75 miles of beautiful salt marsh coast, in summer the tidal creeks are topped with purple sea lavender and golden samphire. That eye-catching red ship you can see in our homepage photo is a retired lightship built in 1954 but since converted into an activity centre and now permanently moored in the marsh, surrounded by mud berths as it floats on the tide.

Salt marshes are wetlands which are flooded and drained by tidal waters. Formed in sheltered areas by the build-up of fine silt and clay particles brought in on tides, they are topped with grasses and plants that can tolerate salty water. Salt marshes play an important role as buffer zones for shores and important habitats for plants and animals. But they are also vulnerable to climate change and rising sea levels.