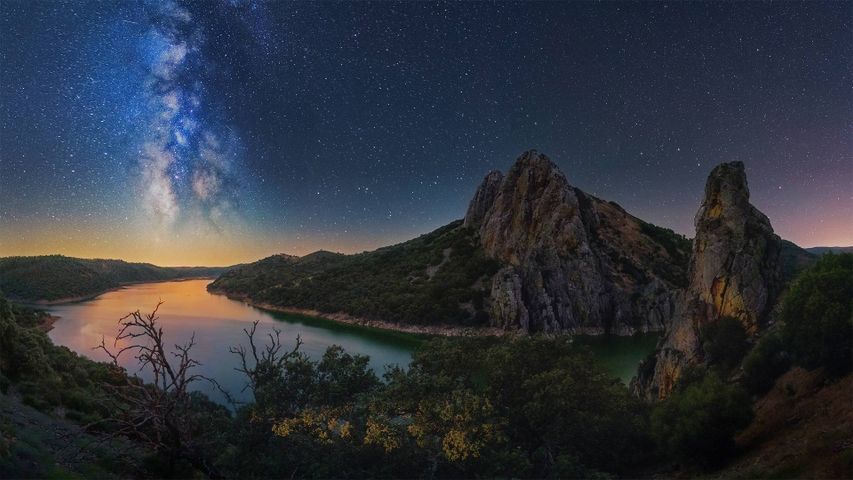 Today we're in the Extremadura region of western Spain, in the beautiful Monfragüe National Park along the border with Portugal. The park is surrounded by the Tagus and Tietar rivers (it's the Tagus that's in our image today), and has an impressive rock face known as Peña Falcon on the western side. Much of the park is covered by a thick Mediterranean forest full of wildlife, making this place a great destination for outdoor lovers. It's also one of the best spots in Spain for bird watching: Over 280 species of birds are found here, including storks, kingfishers, cormorants and eagles, as well as one of the world's largest colonies of black vultures. Other wildlife spotted in Monfragüe include otters, deer, wild boar and Iberian lynx.

When the sun goes down in Monfragüe, the generally cloudless sky, combined with the low level of light pollution, makes this a perfect place for stargazing. The national park was recognised as a dark-sky preserve in 2016. Monfragüe also contains caves with prehistoric paintings, Roman ruins and the remnants of the castle of Monfragüe, which was built by Moors in the 9th century.