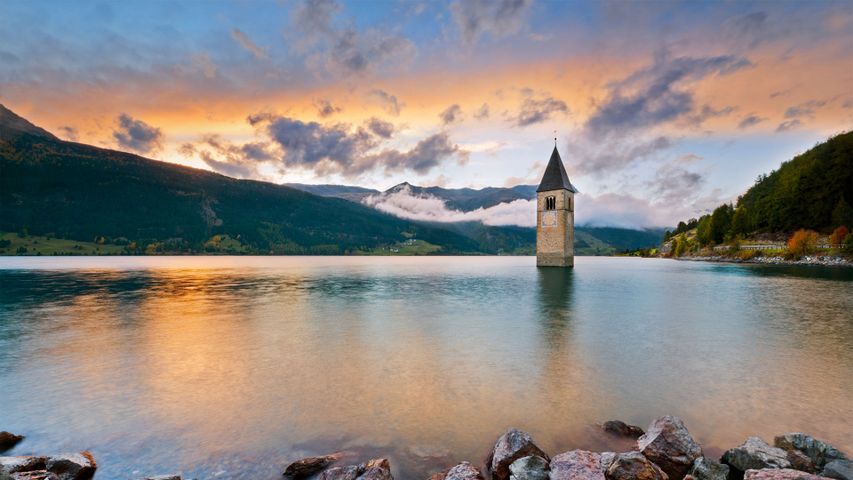 A 14th-century church tower peeking above the water offers a clue to the past here at Lake Reschen, in northern Italy. Until the mid-20th century, this site in the Italian Alps was home to the village of Graun, which included some 163 homes. But then in 1939, an electric company announced plans to build a dam and an artificial lake here, which would submerge Graun and part of the town of Reschen. Despite public outcry and delays due to World War II, the towns were eventually submerged in 1950 (with everyone safely removed, of course). These days, the church steeple is all that remains, especially in winter when the lake is frozen over.