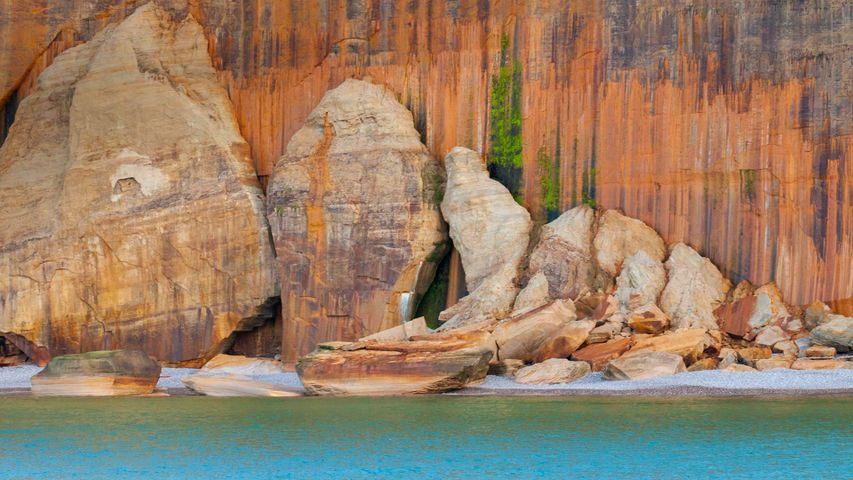 Michigan’s Pictured Rocks, one of four National Lakeshores in the United States, is named for its colourful sandstone cliffs, which stretch for 24 kilometres along the shores of Lake Superior. As ground water leaches out of the rocks, it carries minerals such as iron, manganese and copper that paint the cliffs in shades of red, pink, black, green and other colours. The park itself delights visitors with waterfalls, beaches and rock formations – some resembling human profiles and castle turrets.