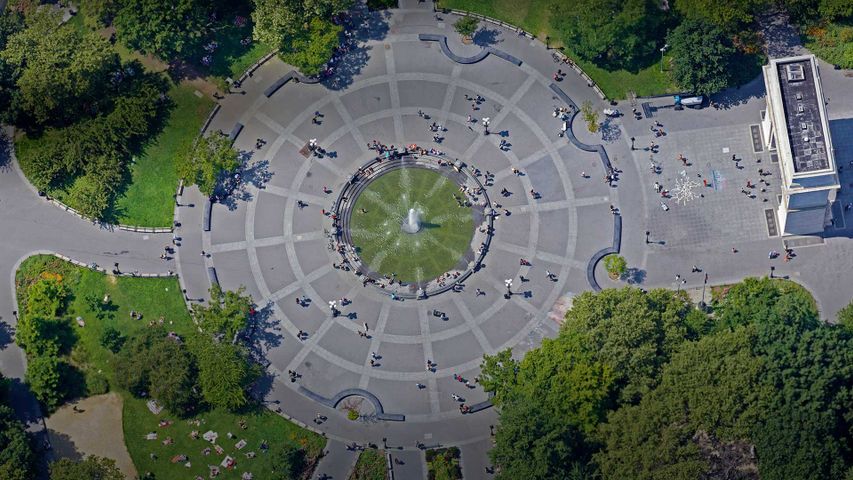 A 23-metre marble arch honouring the first US President, George Washington, greets visitors to this park in Lower Manhattan, New York City, a gathering place for locals and tourists alike. It was made a military parade ground in 1826 and it’s been a public park since 1871. Periodically during its history, the park has served as a hub for writers, musicians and bohemians, and has often been a site of civil unrest. The square serves as the backdrop for Henry James’ 1880 novel Washington Square and more recently was featured in the Will Smith film I am Legend.

Giant karri tree at the entrance to a cave in Margaret River area, Western Australia