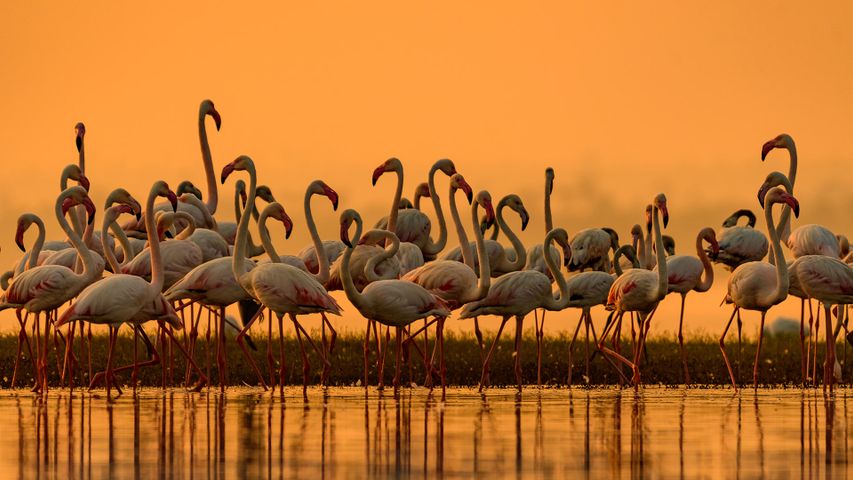 Of the six species of flamingos around the world, the greater flamingo is the largest. The coloring of them is the main difference for telling them apart. One is very bright red in color and lives along the coast of the West Indies and even into Florida. Those with the pinker coloring are found residing in Africa and East India.

During the colder times of the year, many of the greater flamingos in Asia migrate to warmer climates. They generally end up in either Iran or India. Here in the picture, tens of thousands of them congregate in clusters around the wetlands of Mumbai in India. They feed on benthic animals – those living on the bottom of oceans, lakes, and rivers – like molluscs, crustaceans, and blue-green algae. The birds are a beautiful sight – both when they are dancing around lakes and ponds, and when they are airborne, sailing as streaks of pink across the sky. But their migration patterns seem to be getting shorter and shorter due to global warming and climate change.