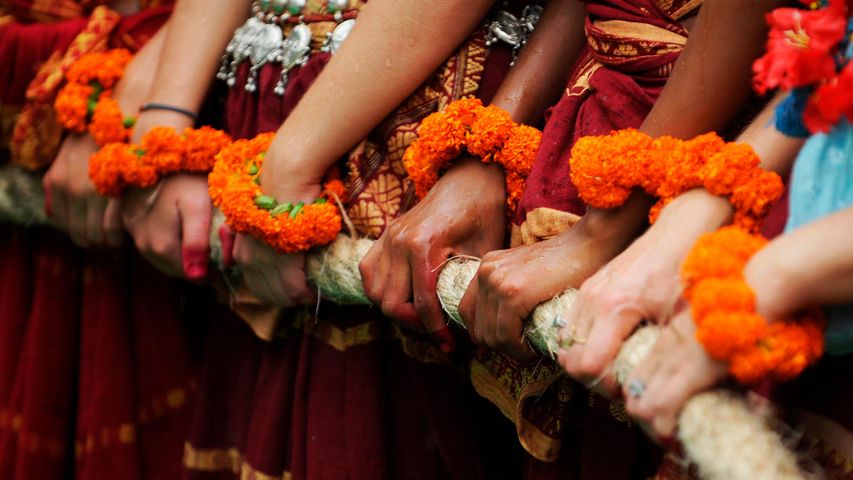 The Ratha Yathra is an annual festival observed in Odisha, West Bengal and other eastern states. The ‘Ratha’ refers to a holy wooden chariot that proceeds through the town of Puri. Technically, the term Ratha Yathra could be used describe any religious procession involving a chariot, but the most popular is the Odisha festival's Jagannath procession through Puri, ending its short journey at Shri Gundicha Temple. So how is the chariot fueled? That’s usually never a problem, as over a million devotees show up at the festival each year. Pulling the chariot with thick ropes as you see in the image, is considered an honour of course.