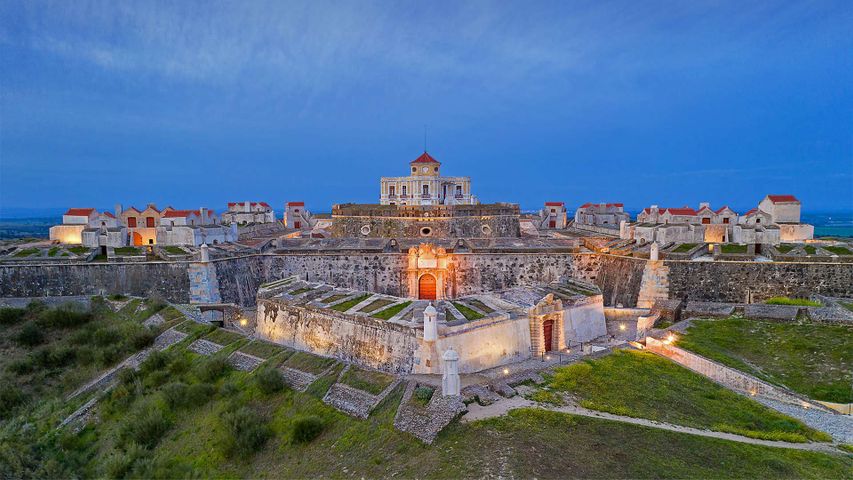 Perched on a strategic hillside, high above the hot, dry plains of eastern Portugal, the Nossa Senhora da Graça Fort has been called a masterpiece of 18th-century military architecture. The thick wall that surrounds the fortress is shaped in a star pattern, with pentagonal bastions jutting out from the curtain wall at the corners. We're looking at one of those bastions in the center of our image.

A stone's throw from the Spanish border, the Nossa Senhora da Graça Fort was built to defend the garrison border town of Elvas. It's a region shaped by war. The Spanish laid siege to the area during the Portuguese Restoration War (1640-1668), but after the Nossa Senhora da Graça Fort was built a century later, the town was never defeated. With its 144 cannons, the fort resisted an attack by another wave of Spanish forces during the 1801 War of the Oranges and 10 years later drove back an invading French army during the Peninsular War.

Eventually, the fort became a political prison, which it remained until 1974 when it was abandoned and fell into ruin. But it was restored after 2012 when UNESCO recognised the entire historical centre of Elvas — including the Nossa Senhora da Graça Fort, a few other nearby forts, and the 16th-century Amoreira Aqueduct — as a World Heritage Site.