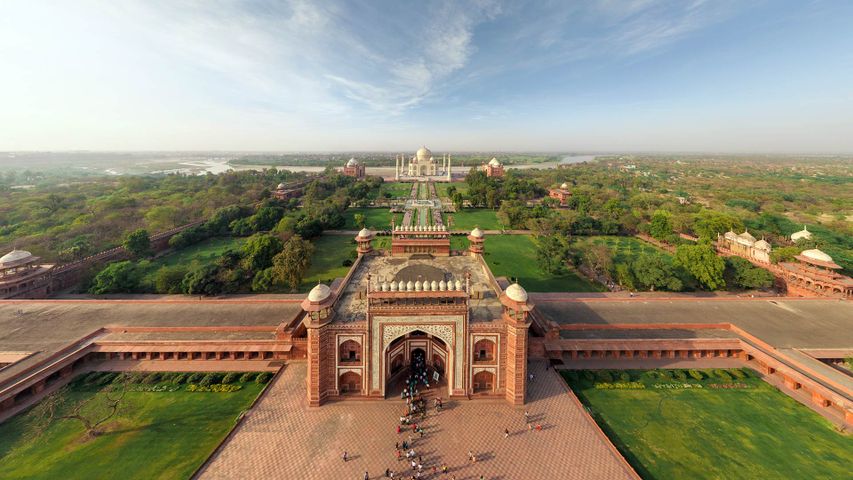 One amongst the world's wonder!

You are seeing the aerial view of the Taj Mahal, a mausoleum complex in Agra. It was built by the Mughal emperor Shah Jahān (reigned 1628–58) to immortalise his wife Mumtaz Mahal, who died in childbirth in 1631, having been the emperor’s inseparable companion since their marriage in 1612. India’s most famous and widely recognised building, it is situated on the southern bank of the Yamuna River. Agra Fort (Red Fort), also on the right bank of the Yamuna, is about 1 mile (1.6 km) west of the Taj Mahal.

The iconic mausoleum, inspired by love, is one of the most outstanding examples of Mughal architecture, which combined Indian, Persian, and Islamic influences. Designated a UNESCO World Heritage site in 1983, it remains one of the world’s most celebrated structures and a stunning symbol of India’s rich history.

High angle view of illuminated Charminar amidst market at night.