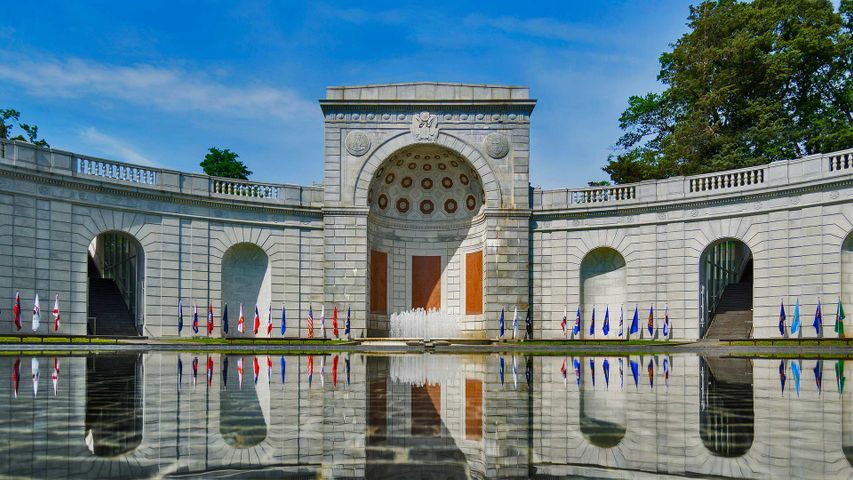 For this Memorial Day, we're paying our respects at the Military Women's Memorial, at the gateway to Arlington National Cemetery, just across the Potomac River from Washington, DC. Since the American Revolution, more than 3 million women have served the nation in a military capacity, and this memorial is dedicated to them, honoring their courage, patriotism, and leadership. Opened in 1997, it's the only major national memorial to honor all the women who have defended the United States in, or with, the armed services. And it's more than just a memorial. It's also an education center, with thousands of photographs, documents, textiles, artifacts, and other materials representing all eras and services of American women's military history.

On Memorial Day, we honor all those who died while serving our nation in the military. This year let us give an extra salute to the women among them for their contributions and sacrifices in defense of the nation.