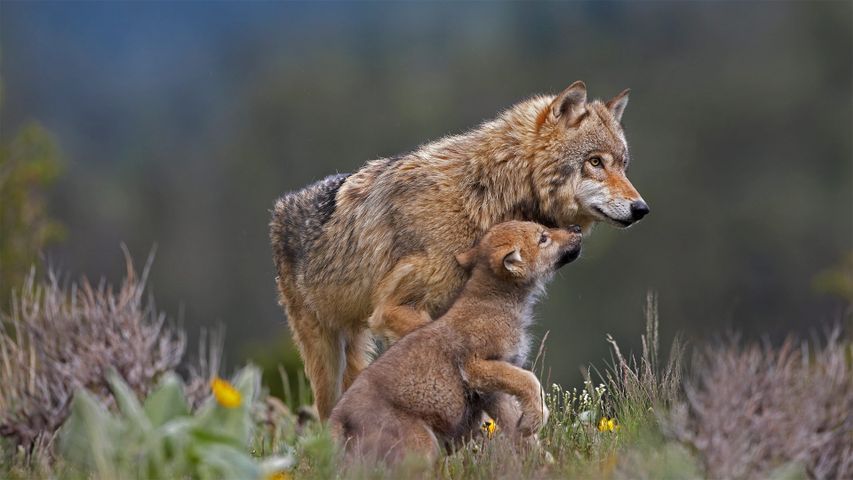 This fuzzy pup is a young gray wolf, the largest member of the dog family (Canidae). Gray wolf pups are born between March and May, blind and deaf, but after about three weeks they're ready to leave the den and begin exploring their surroundings for the first time. It doesn't take long–around six months–before they've grown enough to join their pack on hunts.

After decades of declining numbers due to habitat loss and hunting, gray wolf populations today have stabilized in the US, at around 18,000. Most live in Alaska, but populations are also found in the northernmost of the Lower 48 states. In Yellowstone National Park, a 1995 reintroduction program was so successful that gray wolves have been removed from the endangered species list there. This year marks the 25th anniversary of their reintroduction to the park, and these days they often can be seen and heard early in the morning in Yellowstone's Lamar Valley.