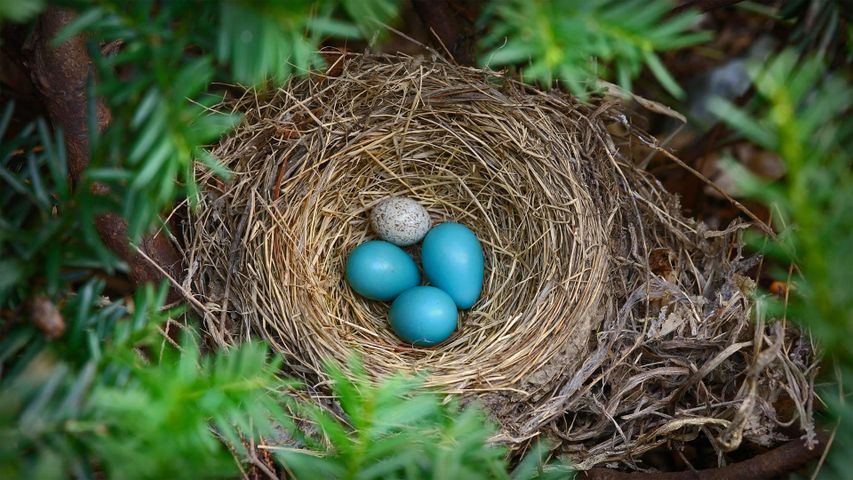 The speckled white egg in this robin’s nest belongs to a baby cowbird whose mother sneakily laid it among the blue robin eggs when nobody was looking. Cowbirds lay their eggs in the nests of other species because they rely on other birds to raise their young. Once the baby birds all hatch, the cowbird will grow much faster and larger than the robins, commanding most of the food and sometimes throwing the host chicks out of the nest. And if the robin ejects the cowbird egg before it hatches, the mother cowbird may destroy the nest.