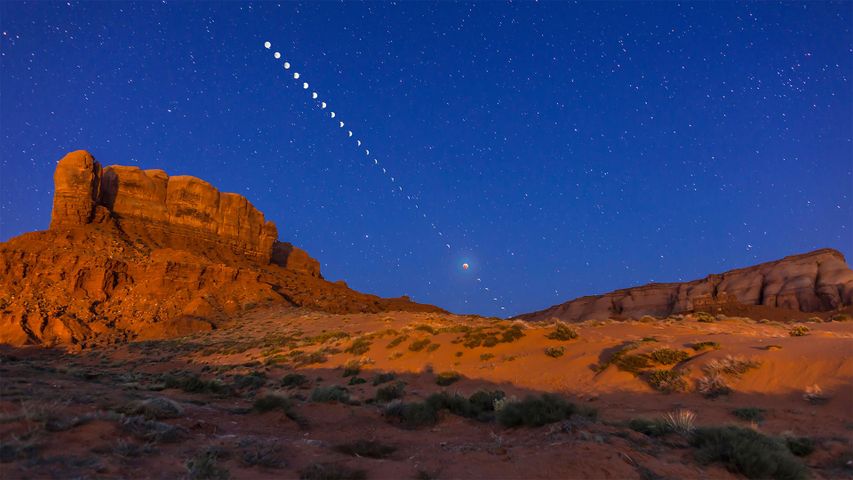 We've heard the phrase 'many moons,' but never took it this literally. We're looking at 28 merged photos of our one and only moon over Utah's Monument Valley: 26 snapshots of its partial phases, plus two layered exposures of the eclipsing moon at centre.

If the weather's agreeable tonight, folks across Canada and many other parts of the world are in for a total 14-minute eclipse of the full moon similar to this one from 2015. The lunar eclipse is sometimes called a blood moon for the crimson shadow Earth casts on the lunar surface, and tonight's show carries a little extra gravity: The eclipse will occur as the moon takes its closest pass to Earth this year, making it appear large in the sky and giving it the ominous title of Super Blood Moon.