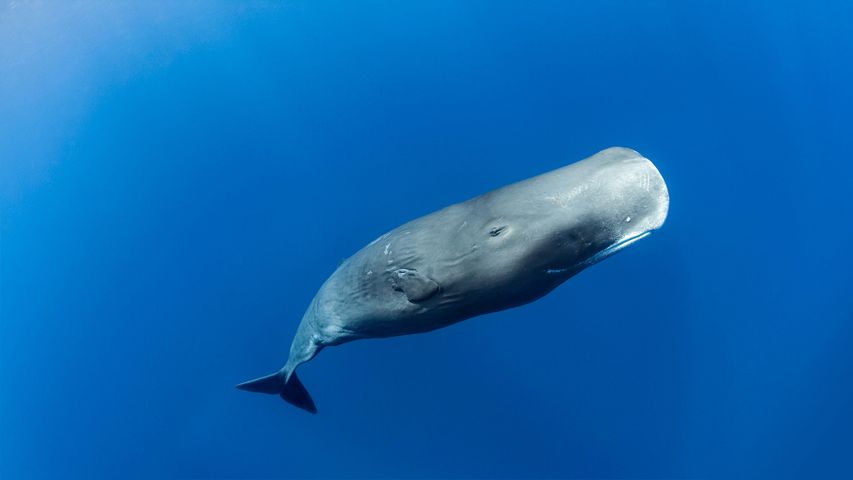 'Space', Douglas Adams observed in his classic 'The Hitchhiker’s Guide to the Galaxy', is big. Really big. You just won’t believe how vastly hugely mind-bogglingly big it is. I mean, you might think it’s a long way down the road to the chemist, but that’s just peanuts to space. So, in his fictional universe, he invented the Infinite Improbability Drive as a way to cross its vast distances in a nothingth of a second. And, in one memorable passage, to convert two approaching nuclear missiles into a bowl of petunias and a sperm whale. Thus, today’s image of the Earth’s largest toothed whale is our tribute to Adams on the 20th annual celebration of Towel Day (it’s surprisingly difficult to find a really great image of a bowl of petunias).

Why's it called Towel Day? For those not in the know, 'The Hitchhiker’s Guide to the Galaxy' recommends having a towel with you at all times as it 'is about the most massively useful thing an interstellar hitchhiker can have.' It lists many reasons, from the practical to the psychological, but having one with you today would be a fitting tribute to the late author, no matter what your travel plans. That way people may say about you, 'Hey, there’s a frood (frood: really amazingly together guy) who really knows where his towel is.'