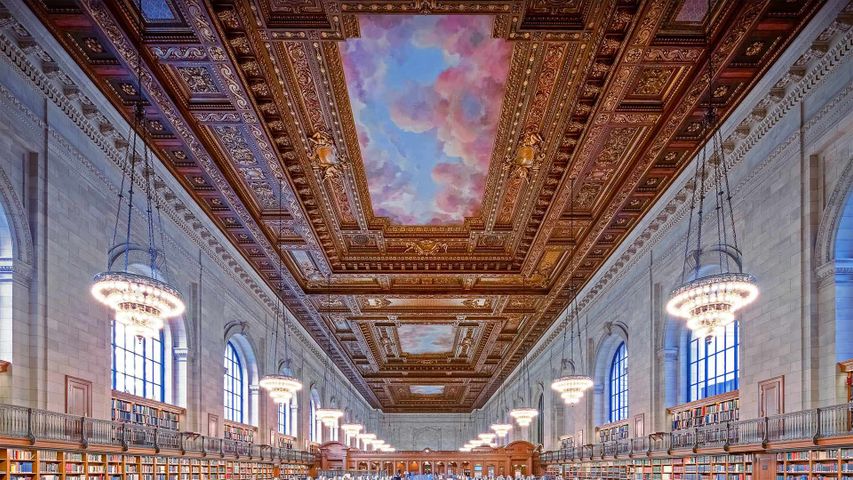 So many books, so little time

May 23, 2021, marks the 110th anniversary of the opening of the New York Public Library’s Main Branch (now known as The Stephen A. Schwarzman Building). Back then just before the turn of the 20th century, a group of New York City businessmen decided that if their hometown was ever going to compete with Paris and London as a center of urban culture, then it needed a great library.

It took almost two decades and a lot of brainpower and money to create the architectural masterpiece that stands today on New York’s 42nd Street. On the day it opened to the public, 30,000 to 50,000 people streamed through its doors to take in the architecture and gaze at the one million books on display. The first book request was filed at 9:08 AM and was delivered to the reader 6 minutes later through the library’s rapid delivery system. Since then, it becomes part of the very fabric of New York and has been featured in movies from 'Breakfast at Tiffany's' to 'Ghostbusters' to 'Spiderman.'

Today, we turn our gaze to the Beaux-Arts delight that is the Main Branch's Rose Reading Room. It is truly one of the city’s great public spaces, a lavish hall where one can come to escape the bustle of the city streets and the honking of taxis. This room underwent an extensive renovation after one of the gilded rosettes crashed to the floor in May 2014. Now it’s all spiffed up and in perfect form for its anniversary celebration.