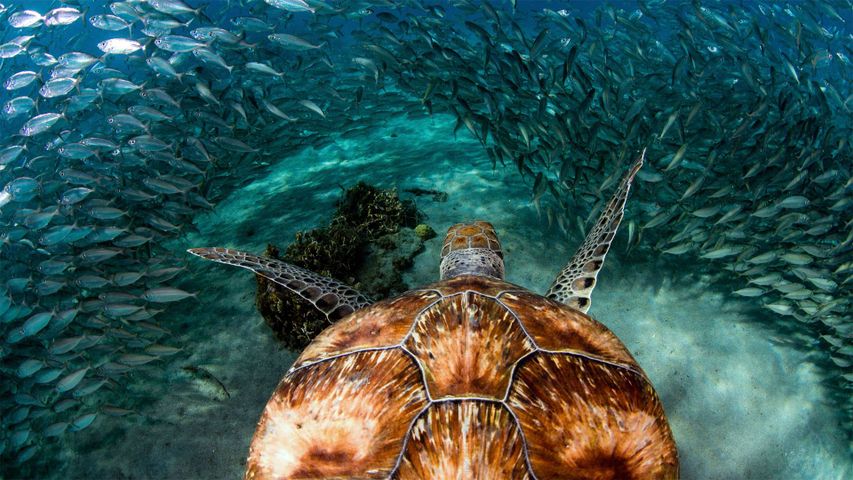 Make way for the green sea turtle, which you’ll find—if you’re lucky—swimming in tropical and subtropical coastal waters around the world. You’ll notice that despite its name, the green sea turtle’s shell is not green at all. The name comes from the colour of its fat, which takes on a greenish hue after the adult turtle starts eating seagrass and algae. Unfortunately, like many other sea turtle species, the green sea turtle is endangered and its population shrinking due to hunting, boat-propeller accidents, plastic pollution, and loss of nesting grounds.World Turtle Day was established in 2000 to protect turtles and tortoises and their threatened habitats around the world. Conservation efforts are led by several nonprofit organizations such as the American Tortoise Rescue which focuses on the rescue, rehabilitation, adoption and protection of all turtle species. Since the organization’s inception it’s rescued or rehomed more than 4,000 turtles across the world through a combination of community outreach programmess and financial contributions from donors.