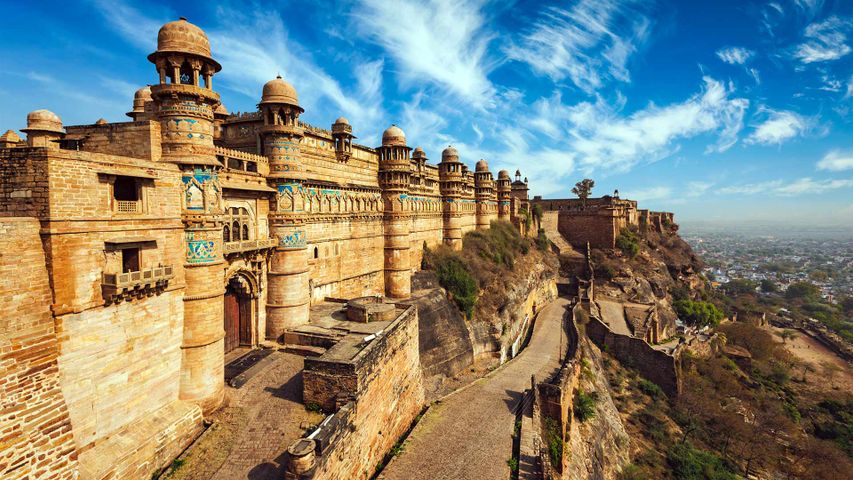 The pearl amongst fortresses in India

One among many hill forts of India, the Gwalior Fort stands on a vast rocky hill named Gopachal. Originally built-in sandstone and lime mortar, the fort is one of the prominent structures in Gwalior. The fort has had a long history - sieged and captured by many rulers in the past. At one point in time, the Gwalior fort was regarded as north and central India's most invincible fortress. The fort houses two palaces, ‘Gujari Mahal’ and ‘Man Mandir’, which were built by Raja Man Singh Tomar during the 15th Century.

Referred to as 'the pearl amongst fortresses in India' by Mughal emperor Babur, the fort complex includes several temples, palaces, and water tanks. The fort lies on an area of three square kilometres (1.1 square miles) and has two entrance gates: the main entrance being the Elephant Gate (Hathi Pul) and the other called the Badalgarh Gate. It is also the place where the second oldest reference of the number 'zero' has been found in the form of a carving inside a temple on the top of the fort.