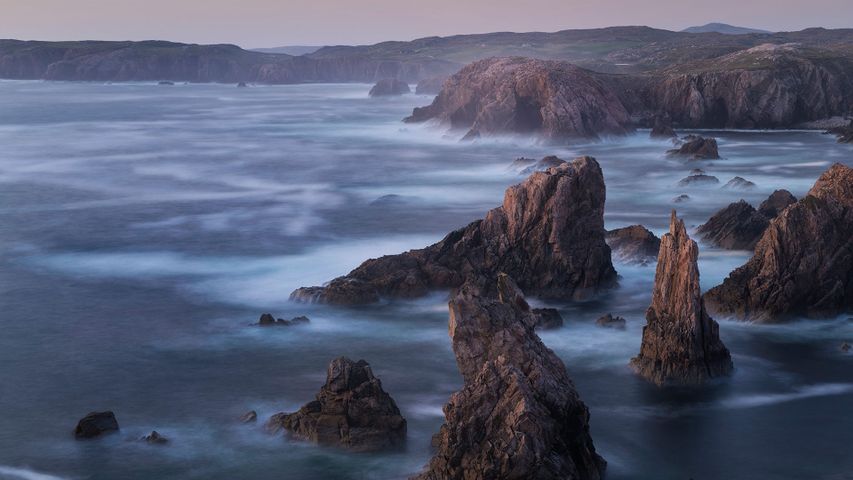 Epic landscapes are plentiful here in the Outer Hebrides, where scores of impressive rock formations, including spiky sea stacks, sea arches and towering cliffs, have been created over millions of years. Formed from Europe’s oldest rock, Lewisian Gneiss, these islands off mainland Scotland’s north-west coast have been sculpted by volcanic heat, ice, wind and the constant pounding of the sea.

This awesome scene can be found on the west coast of the Isle of Lewis near Mangersta Beach, where steep pink granite sea stacks rise out of the crashing waves and line up for the perfect photograph. Huge Atlantic waves crash into the craggy rocks here all year round, crushing shells into a finely-ground white sand while sea eagles, gannets and fulmars fly overhead. The beaches around here are framed by machair - a rare dune grassland habitat rich in wildflower species, built on seashell fragments laid down over thousands of years.

The Globe Arena at night in Stockholm, Sweden