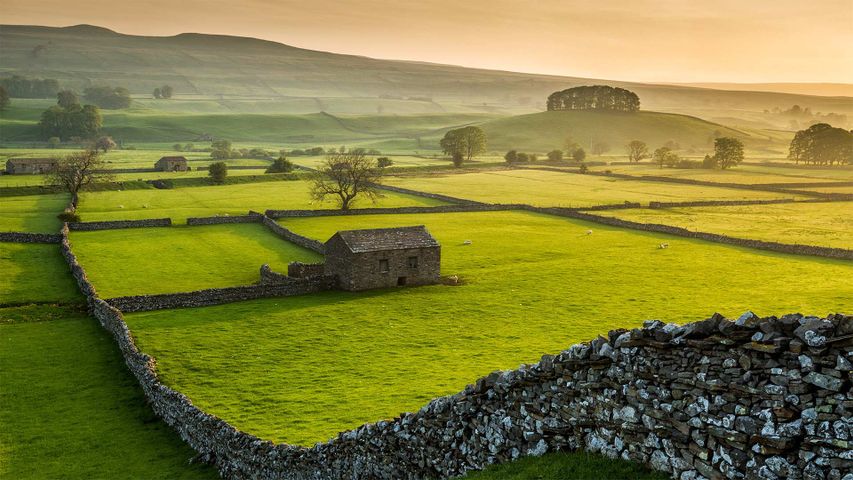 Ahh, the pastoral countryside of the Yorkshire Dales in Northern England. Dewy mornings, grazing farm animals, hand-built dry stone walls, and…cheese? Well, if you're a fan of the beloved British claymation series 'Wallace & Gromit,' you may have first heard of this area of the Dales, Wensleydale, because of its local cheese. In fact, the animated duo's notorious affinity for the local curd—which Wallace likes because producers thought saying it makes his face look 'nice and toothy'—became so widespread that it helped the Wensleydale cheesemakers stave off bankruptcy.

Cheese aside, another staple of Wensleydale, and the surrounding Yorkshire Dales National Park, are the 5,000 miles of dry stone walls that have crisscrossed the landscape for centuries. The walls were built by farmers to delineate boundaries, clarify land ownership, and more practically, to keep their cows and sheep from wandering off. The walls are considered 'dry' because they were built with no mortar to bind the stones together. Larger stones form a base for the wall, upon which smaller stones are stacked to create two parallel wall faces, constructed simultaneously. More stones are then used to fill in the gap between the two wall faces, with gravity doing the rest. While that may sound flimsy, a well-constructed dry stone wall can last at least 100 years.