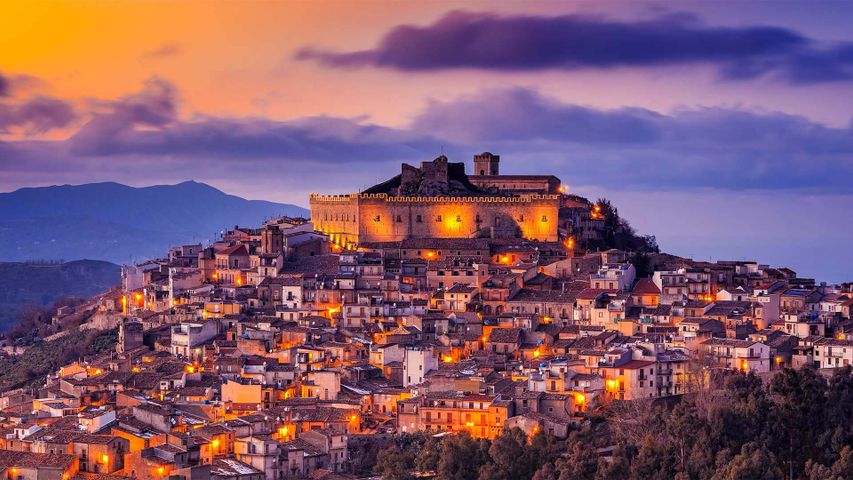 Today we're in Montalbano Elicona on the island of Sicily in Italy. It's known for the very old castle at the top of the hill, as well as the charming medieval village below. The castle is believed to have been built in the 13th century by Frederick II of Swabia. He had many titles, including King of Sicily, Holy Roman Emperor and even the King of Jerusalem, a name he claimed after conquering that city during the Sixth Crusade. The castle was originally designed as a fortress, but it also served as a summer home for Frederick and other rulers who followed him.