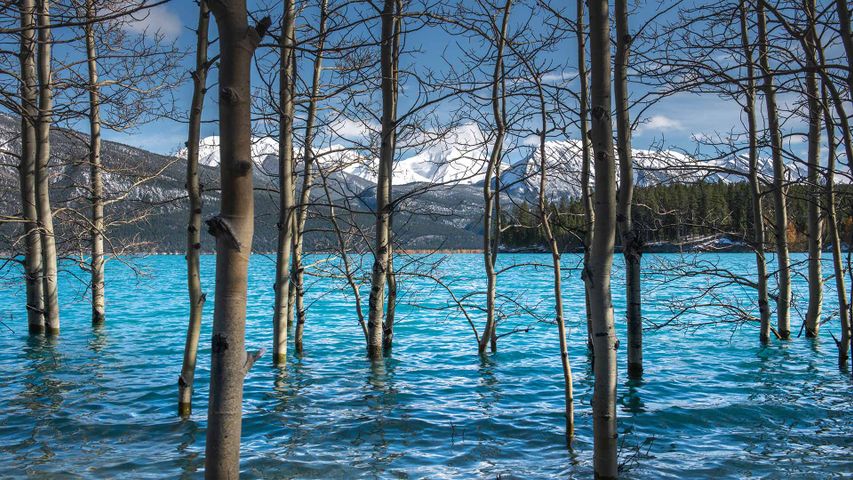 Lake and a reservoir

Today, we’re taking in views of Alberta’s largest reservoir – Abraham Lake. It was created in 1972 following the completion of the Bighorn Dam on the North Saskatchewan River. The dam was built by then Calgary Power Company, now TransAlta, to produce hydroelectric power. As seen here, Abraham Lake boasts a vivid shade of blue, further contributing to the breathtaking view with the mountains in the background. Of late, this gem in the Rockies has become a must-see for photographers every winter, for the emergence of the extraordinary frozen bubbles trapped under the lake. As the temperature drops, methane gas released from water-dwelling bacteria, forms into bubbles and freezes under the surface of the frozen lake. When the layer of ice on the lake is clear, the frozen bubbles can be seen and make for a remarkable spectacle.

The pipe organ of the Notre Dame Basilica in Montreal