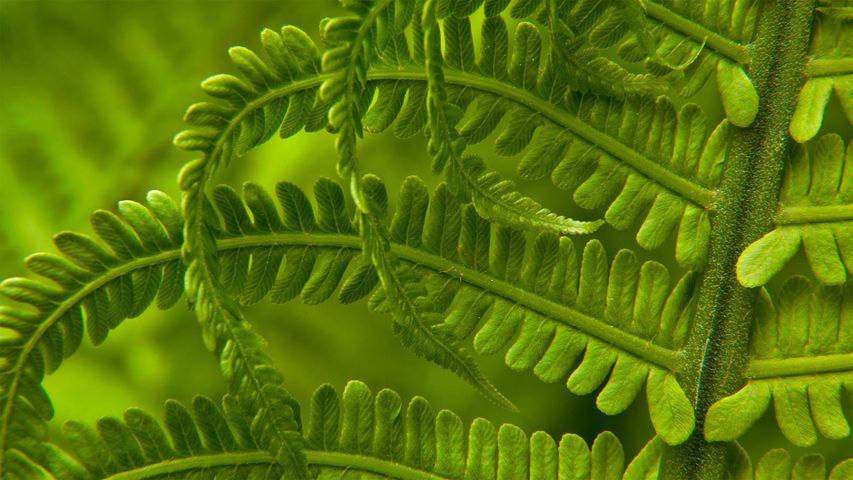 Each of these tiny fern appendages, known as fronds, is made up of even tinier leaves—but they won't be tiny for long. Ostrich ferns like this one, named for their tapering fronds that resemble feathery ostrich plumes, can be almost 6 feet tall once mature.

The fern group of evergreen plants is ecologically crucial here in the Evergreen State of Washington, helping keep soil nutrients in balance beneath the Northwest's mighty fir, hemlock, and red cedar canopies. Deer, elk, beavers, and sometimes even bears munch the frilly plants, and Indigenous peoples in the area have long used certain types of ferns as both a food source and pain-relief medicine. Spiral-shaped sprouts from ferns, known as fiddleheads, are enjoyed around the world as a tasty green vegetable—the ostrich fern is sometimes called the 'fiddlehead fern' as its sprouts are especially prized.

Satellite photo of the Ganges Delta at India and Bangladesh