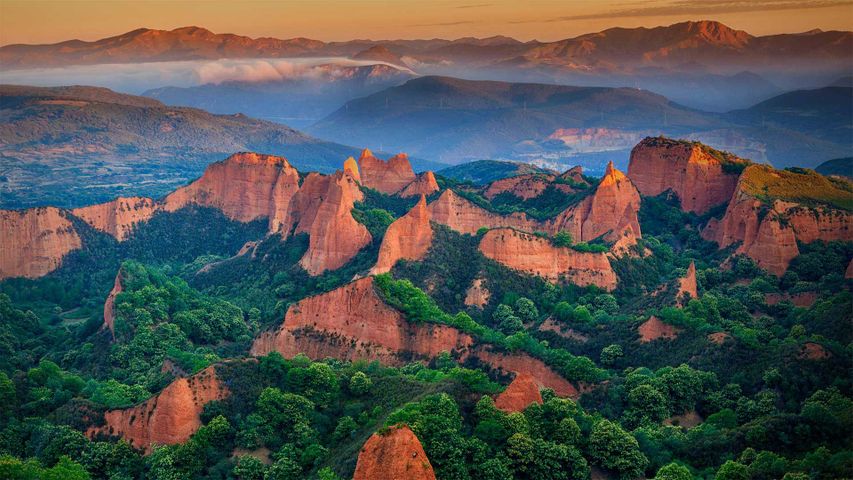 There was gold in them there hills…

The red clay formations called Las Médulas owe their angular character not to the shaping hands of nature but to those of gold miners—and not grizzled '49ers in grubby flannel and overalls, but 1st-century excavators clad in tattered tunics. When gold seams were discovered here in what's now northern Spain, the Romans who controlled the region created a clever system of tunnels and canals under the hills, through which they channeled water from nearby streams to build pressure that cracked away huge chunks of clay.

As the gold was exposed and extracted over more than a century of mining, rolling hills were transformed into an open pit flanked by cliffs and crags. But once the gold was exhausted and the workers went home, Mother Nature—not to be outdone—began adding her own artistic finish, and her verdant woods have long since reclaimed the once-bare hills.