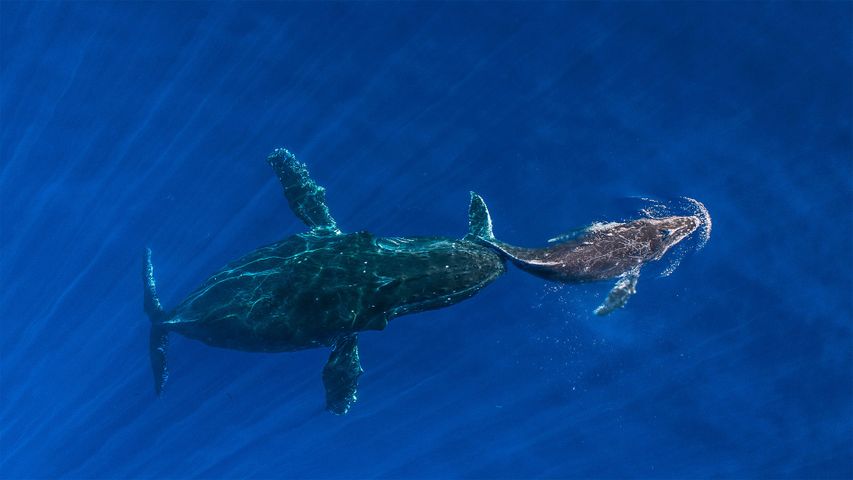 The family drama you see playing out here in the Pacific Ocean near Maui, Hawaii, is a humpback whale calf getting a little nudge from its mom. She presumably wants the sleepy youngster to practice surfacing, something these amazing marine mammals are famous for doing in dramatic fashion. Winter is calving season for the Hawaiian population of humpbacks. Thousands arrive from their feeding grounds in the North Pacific to swim and breed in the warm Hawaiian waters, making them a common sight from November until April. Because they're known to hang around near the ocean's surface, breaching or slapping the water with their tails, humpbacks are a favorite of whale watchers everywhere.

Most humpbacks are nomadic and can be found in all the oceans of the world, with some populations migrating distances of up to 5,000 miles as they move from breeding grounds in warmer tropical waters, to colder areas where food is more plentiful. And when they eat, they don't mess around, consuming up to 2,000 pounds of food each day. They eat tiny crustaceans called krill, as well as small fish. Once on the verge of extinction because of commercial whaling, legislative protections in the US and around the world have helped the humpback population to rebound to somewhere around 80,000 worldwide.