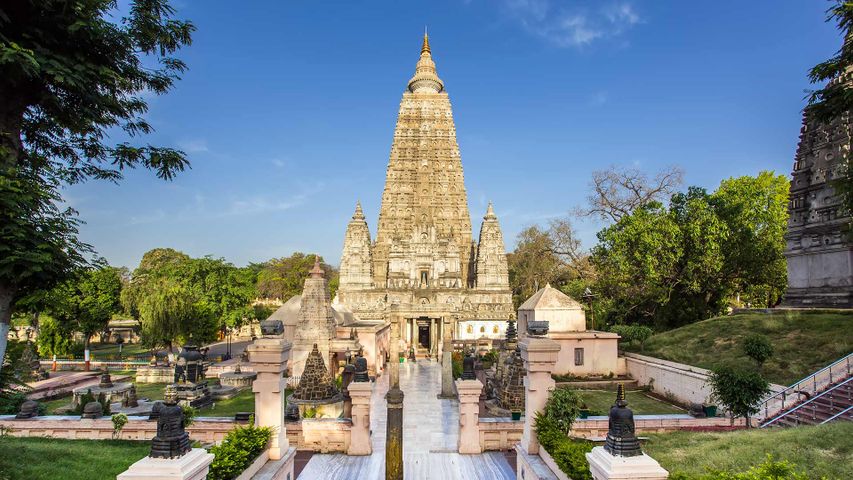 Today marks the formation of the state of Bihar and is widely celebrated as Bihar Day (Bihar Diwas). It was on this day when the British carved the state from Bengal Presidency in 1912. A year before (in 1911), when the capital of then British India was shifted to Delhi, the Bengal Presidency was split into four sabhas – Bengal, Orissa, Bihar, and Assam. Bihar Diwas is the brainchild of Nitish Kumar and was first celebrated in 2010 and after that became an official state event.

To mark the occasion, we take you to the Mahabodhi Temple, one of the holiest sites of Buddhism, marking the spot of the Gautama Buddha’s enlightenment (Bodhi). The temple is also one of the UNESCO World Heritage Sites and is located in Bodh Gaya - about 96 km from Patna, Bihar state, India. The site contains a descendant of the Bodhi Tree under which the Buddha gained enlightenment and has been a major pilgrimage destination for Hindus and Buddhists for well over two thousand years.

Women climbing a stepwell near Amber Fort in Jaipur, Rajasthan