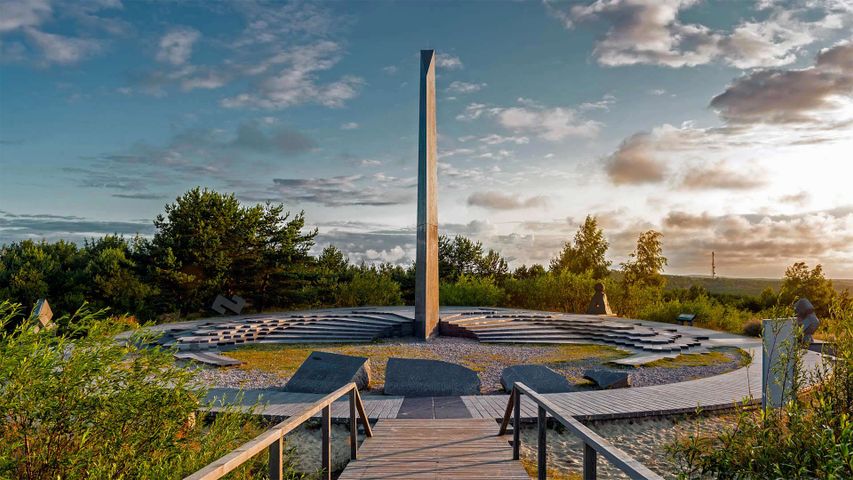 It's time for spring

This 40ft (12m) sundial stands on top of the Parnidis Dune on Curonian Spit, a 60-mile (98km) sand dune peninsula and Unesco World Heritage Site shared by Lithuania and Russia. Built in 1995, the sundial was damaged by a hurricane a few years later and rebuilt in 2011. It accurately tells the time by creating shadows on the steps, with notches for hours and half hours, as well as months, equinoxes and solstices.

Today, 20 March, marks the spring (or vernal) equinox in the Northern Hemisphere, meaning that for the next six months daylight hours will outlast night-time darkness. When it's winter in the Northern Hemisphere, those of us above the equator are tilted away from the Sun, giving us shorter days and longer nights. In summer, we're tilted toward the Sun, but the equinox is right in between. It's the moment during Earth's annual revolution around the Sun when its axis is neither tilting away nor tilting towards it, giving everyone on the planet an equal split of day and night. This phenomenon happens twice a year - in March and again in September. In the Southern Hemisphere, everything's flipped. There, it's the autumnal equinox today - and, yes, winter is coming.