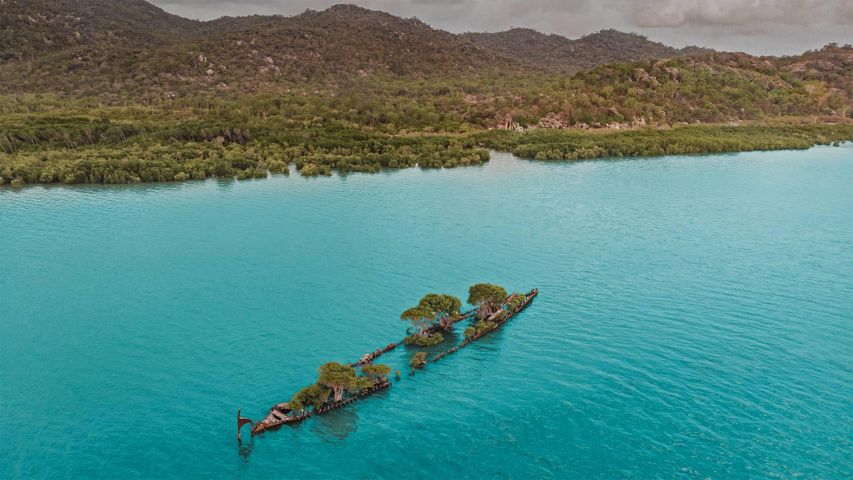 Life carries on, rising from a ship’s skeleton

We’re on the northeastern coast of Australia in a small bay of Magnetic Island, looking down upon the sunken hull of the steamship, SS City of Adelaide. The vessel got its start in 1863 as a passenger steamship ferrying travellers and cargo between ports in Melbourne, Sydney, Honolulu, and San Francisco. Under sail, it was likened to a graceful bird in flight. In 1912, the City of Adelaide was gutted by fire, and in 1916, its burned hulk ran aground here in Cockle Bay while being transported after sale. Now it serves as an artificial island of sorts to a flock of cockatoos who live in the mangroves that have sprouted from the ship's rusted deck.

Façade of the 'Crystal' extension of the Royal Ontario Museum illuminated at night, Toronto