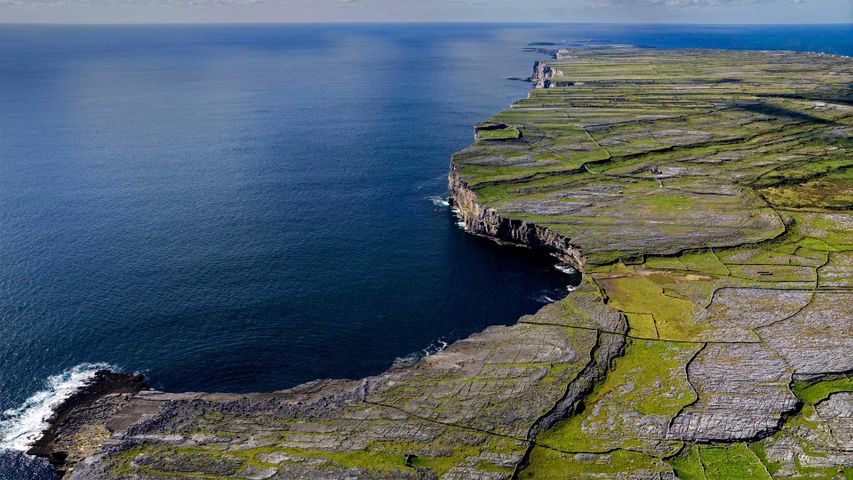 Info. Inisheer, the smallest of the three Aran Islands in Galway Bay, Ireland

The tiny island of Inisheer is the smallest of the three Aran Islands in Galway Bay, western Ireland. Today there are about 260 permanent residents on the island, which has been occupied from prehistory, with objects of Bronze Age, Pagan, Celtic, Early Christian, Norman-Irish, Pastoral, Maritime Navigational and more recent settlements scattered around its 570 hectares. The tiny drystone wall subdivisions of the fields are a result of a long tradition of splitting family farms between all the children. After a few generations, farms were reduced to the garden-size patches you can see here. These days, the people who live on the island are best known for keeping the traditional language, music, art and stories alive.