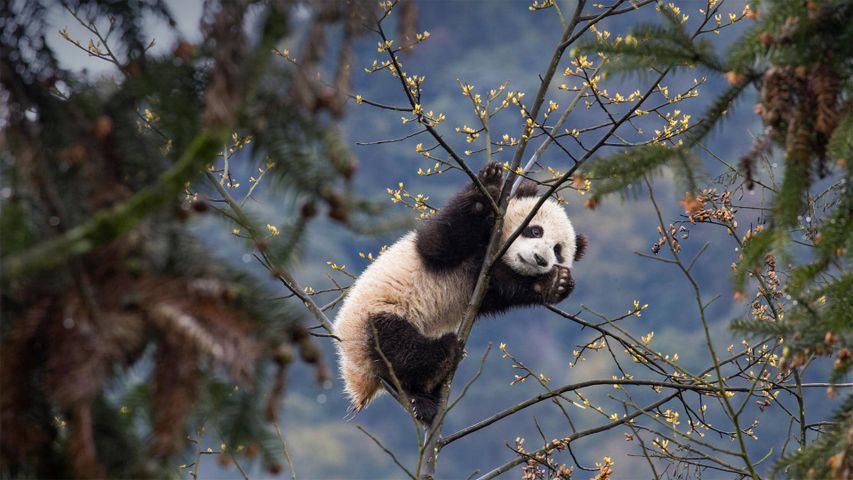 This playful giant panda cub appears to be waving hello from the Bifengxia Panda Base, a research and breeding facility in Sichuan, China. Today, there are an estimated 1,900 giant pandas left in the wild, living in the mountainous regions of central China, plus another 400 in captivity. Bamboo makes up 99% of a giant panda's diet, and it must eat more than 30lbs (13.6kg) of it a day to meet its dietary needs and maintain that cuddly figure. Male giant pandas can weigh in at more than 21 stone (136kg) while females tend to be 10-20% smaller than males. But their dependence on bamboo can be problematic as humans increasingly encroach on bamboo forests. National Panda Day, celebrated in the US on 16 March, aims to spread awareness about this iconic and loveable species.

Kilchurn Castle on Loch Awe in Argyll and Bute, Scotland

A cricket stadium made from sand in Puri, Odisha, India