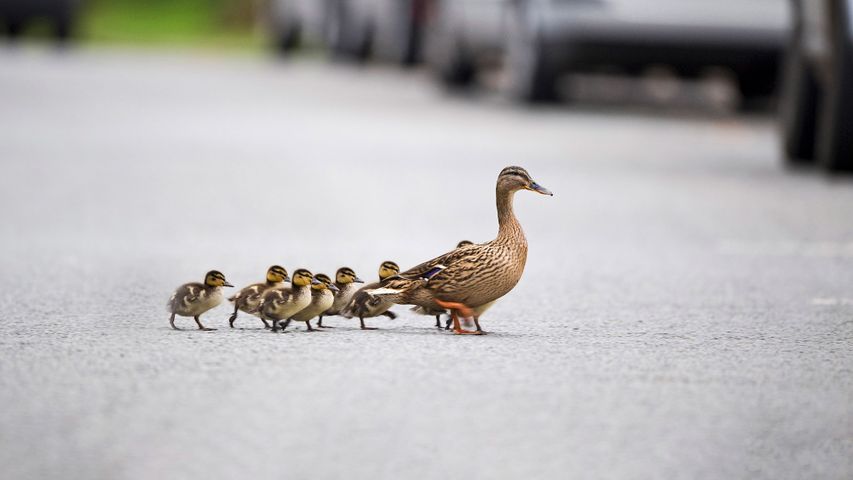 This busy mum has her hands full, leading her ducklings safely across the road. Female mallards like this one start to nest in March, preferably near water in vegetation-strewn nests. But if it’s too crowded lake-side, they may nest further away, which can mean a perilous first walk down to the water for her little ones when they arrive. Expect to see a steady stream of fluffy ducklings being herded to lakes, ponds and rivers throughout the spring and summer period. In their early days, they depend on their mother for warmth and protection. Once they reach two months, they’ll be ready to fly off to independence, maybe quacking a ‘thank you’ to mum before they go.

Of course, it’s not just birds that fly the nest. The roots of Mothering Sunday stretch way back to medieval times, when Christians would return home to visit their ‘mother’ churches - the main church or cathedral of the area - during Lent. Another tradition saw domestic servants and apprentices, some who left home as young as 10, given the day off to visit their mothers. While the tradition waned over the centuries, a British woman called Constance Adelaide Smith campaigned to revive it in the early 20th Century, apparently inspired by the success of the American Mother’s Day, which happens in May.