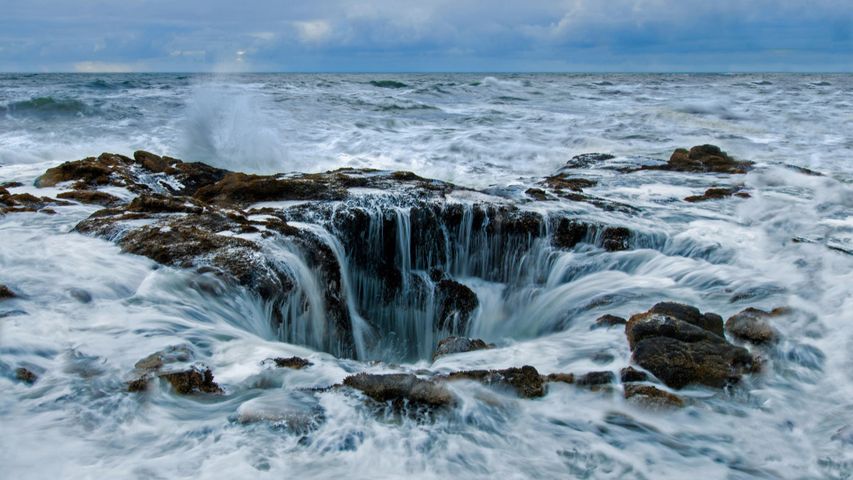 Welcome to the 'drainpipe of the Pacific'

We are standing here on the craggy Oregon coast looking out to Thor's Well with the help of a photographer's telephoto lens. Only the most daring of visitors would get this close to the gaping sinkhole at high tide. One misstep combined with a forceful surge from the raging Pacific Ocean, and into the plunging well we'd go.

Thor's Well is one of several defining features of Oregon's magical coastline. Dubbed a 'gaping sinkhole,' the 'drainpipe of the Pacific,' and even a 'gate to hell,' it's accessible by foot at low tide, when you can peer in to see its mechanisms at work. Geologists believe it was once a sea cave that had been carved out of the basalt rock by ocean waves. The 'well' was formed when the cave's roof collapsed, leaving openings at the top and bottom through which the ocean surges and sprays like a geyser, only to recede, creating the waterfalls we see here.