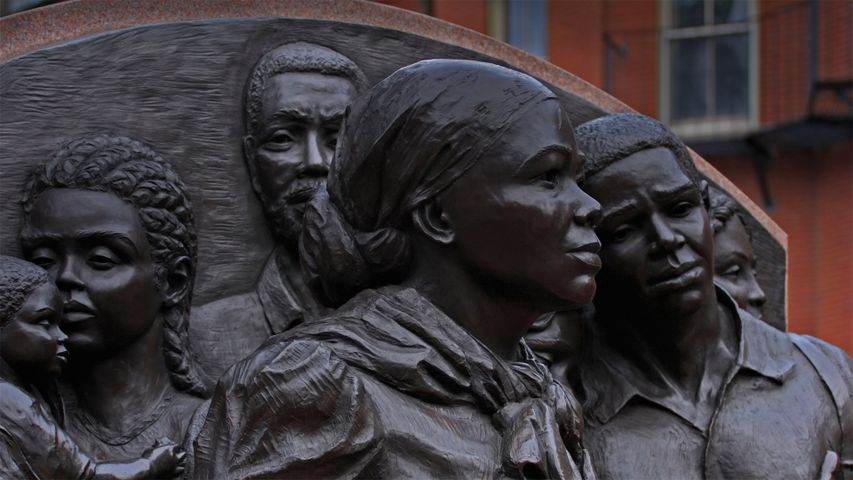 Commemorating the life of a famous 'railroad' conductor

What better way to celebrate Harriet Tubman Day than with a visit to Harriet Tubman Park? It's in the South End neighborhood of Boston, where this bronze statue by local artist Fern Cunningham commemorates the great abolitionist's life. It depicts Tubman leading fellow slaves to freedom via the Underground Railroad. Under her arm, Tubman holds a Bible. Deeply religious, Tubman felt it was her duty to help people escape bondage in the South. It's estimated she helped free more than 300 slaves on 19 trips north, communicating with coded songs and maps. Tubman is widely regarded as the most famous conductor on the Underground Railroad. But she wasn't just a conductor—during the Civil War, she worked as a spy and a nurse, and she led the Combahee River Raid which set free 700 slaves. After the war, she traveled here, to Boston, to work on women's voting rights.