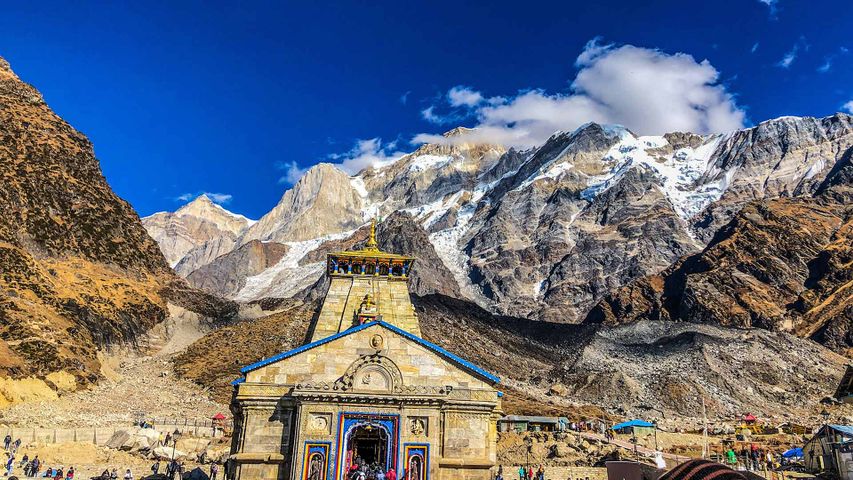 Temple of the lord of the field

Today, on the occasion of Maha Shivratri, we take you to Kedarnath temple, one of the sacred pilgrimage centres in Northern India, located in the Rudra Himalaya range of Uttarakhand State at an altitude of 3584 metres above sea level. The name "Kedarnath" means "the lord of the field": it derives from the Sanskrit words kedara ("field") and natha ("lord").

According to Hindu legends, the Pandavas after having won over the Kauravas in the Kurukshetra war, felt guilty of having killed their own Kith and Kin and sought blessings of Lord Shiva for redemption. He eluded them repeatedly and while fleeing took refuge at Kedarnath in the form of a bafellow. It is believed that originally Pandavas built the temple of Kedarnath while the present temple was established by Adi Shankaracharya. It is one of the 12 Jyotirlingas, the holiest Hindu shrines of Lord Shiva.