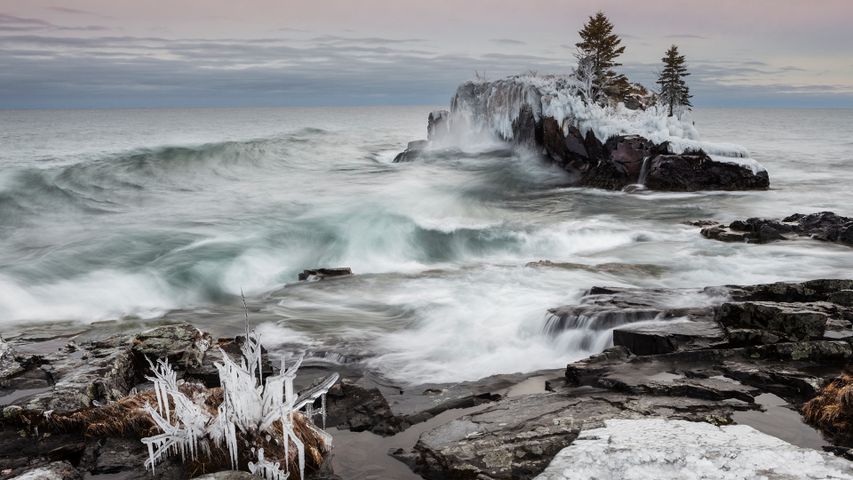 Largest of the Great Lakes

Today, we’re taking in the scenic shoreline of Lake Superior – largest of the five Great Lakes. It measures 563 kilometres in length and 258 kilometres in width, making it among the largest bodies of fresh water in the world; rightfully living up to its name. According to experts, given its enormity and massive volume, it would take nearly 191 years for the lake to be emptied at its existing rate. Some 300 rivers and streams contribute to this lake which runs through Ontario, Minnesota, Michigan and Wisconsin. With an area of 82,100 square kilometres, 28,750 square kilometres lie in Canada. Given its remote location and lack of development, Lake Superior has been somewhat untouched by degradation and pollution.