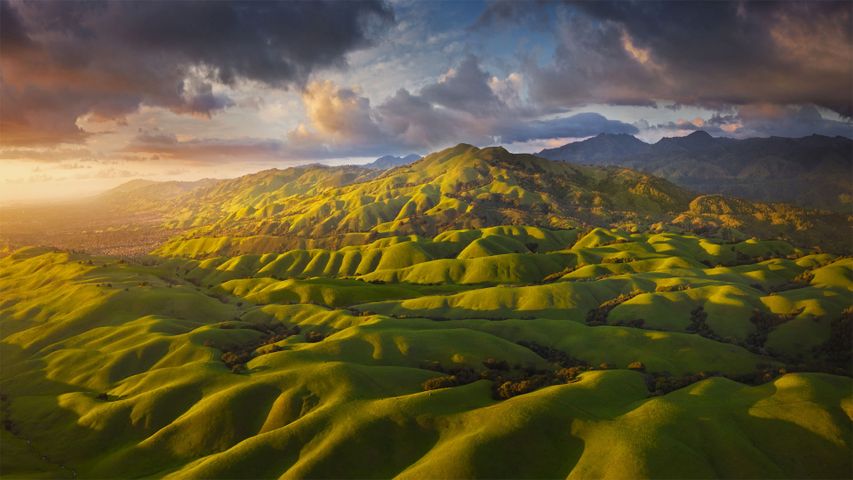 Foothills of the Diablo Range near San Jose, California

Spring rains carpet the rolling foothills of Northern California's Diablo Range in emerald green this time of year. Just past the sprawling suburbs of the East Bay region, the Diablo foothills become a sylvan playground for horseback riding, hiking, bicycling, and simply escaping into nature. Grasslands and oak savannahs cover the low ridges that gradually rise into the higher peaks of the range, and at the crests of the foothills, a visitor is granted panoramic views of the ridgeline to the east. Aside from the green grasses, springtime brings a profusion of wildflowers to the area, including poppies, daffodils, and lupine. It's also nesting season for the many birds of the region, like the peregrine falcons that build nests high in the vertical rock formations here known as Castle Rock.