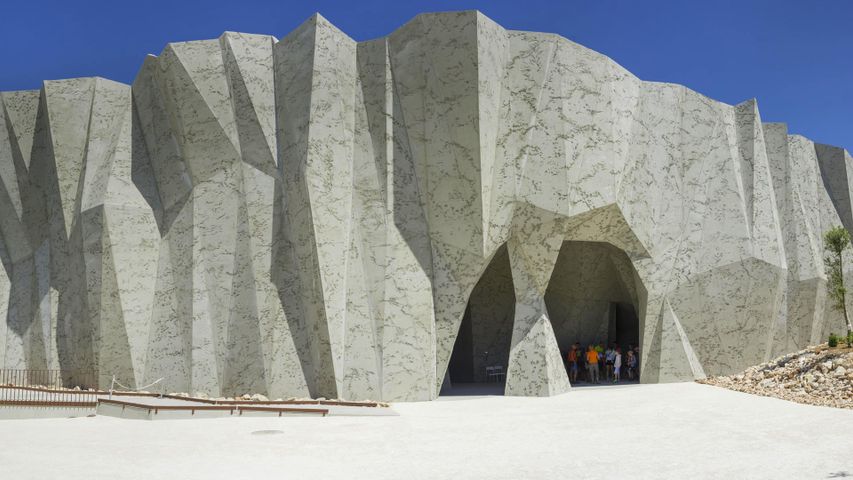 Behind the Caverne du Pont d’Arc’s façade—made to look like towering stone cliffs—is a replica of the interior of nearby Chauvet Cave. Specifically, this space recreates the cave drawings that made Chauvet Cave famous. The original cave paintings, made by early humans, were discovered in 1994. Because they’re in an extremely delicate environment, the paintings were damaged by mold that developed after a large number of visitors first came to see them. As a result, the cave was quickly closed to the public, but the Caverne du Pont d’Arc now allows us to see cave paintings without risking damage to the originals.