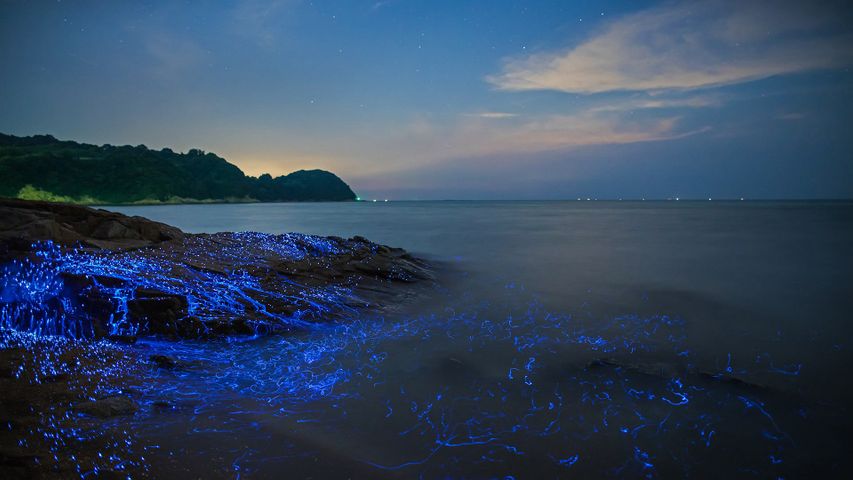 Sea fireflies at the seashore

Sea fireflies may glow like the fireflies that send out backyard beacons at night, but that's about where the similarities end between the two species. Scientists call the bioluminescent crustaceans washing over these rocks Vargula hilgendorfii, and here in Japan they're commonly known as umi-hotaru. They're visible at night in the shallow sea waters and beaches of Japan, although other species of the genus Vargula can be seen glowing in the waters of the Gulf of Mexico, the Caribbean Sea, and off the California coast.

Each sea firefly is about the size of a sesame seed, yet as a group they set off an impressive aura. Their glow intensifies depending on the salinity of the sea water and other physical stimuli. Besides lighting up the shores at night, the crustaceans do their part cleaning up the beach by munching on sandworms and dead fish. That's just one less thing for beachcombers to worry about during a glimmering seaside walk.