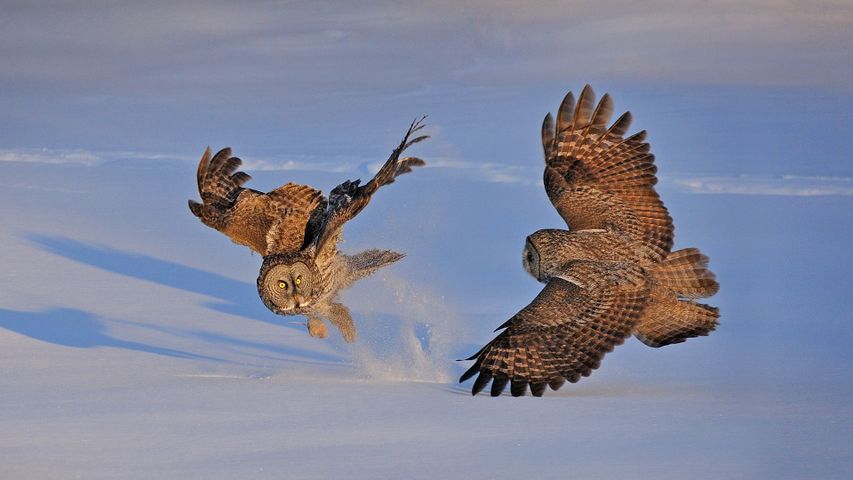 These two great gray owls look like they're ready to play, which seems fitting on Super Bowl (or 'superb owl') Sunday. Great grays are bigger than most other owls, with broad wings and long tails. But before you pencil them in at the offensive line, consider that most of their size comes from feathers—they're relative lightweights, tipping the scales at under 3 pounds on average, less than most other large owls. They generally live in pine and fir forests with meadows nearby, hunting small rodents at night and avoiding areas with people. Great grays hunt by listening and watching from a perch, then swooping down on their prey—sometimes plunging into more than a foot of snow to make a diving catch.

Super Bowl LV will be played tonight at Raymond James Stadium in Tampa, Florida, with the Weeknd performing at halftime.