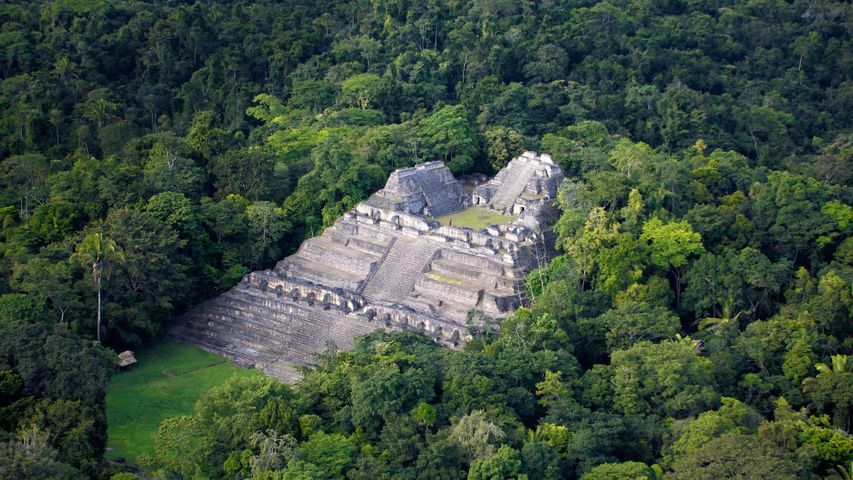 You’re looking at Caana (the ‘Sky Palace’), the largest temple of the Maya ruins known as Caracol in Belize. The sprawling ancient city was founded more than 3,000 years ago, but flourished during what’s considered the Late Classic period of the Maya civilization, between about 600 and 800 CE. Caracol supported a population of more than 100,000 at the peak of its prosperity. At about 140 feet tall, the Sky Palace remains among the tallest buildings in modern-day Belize.