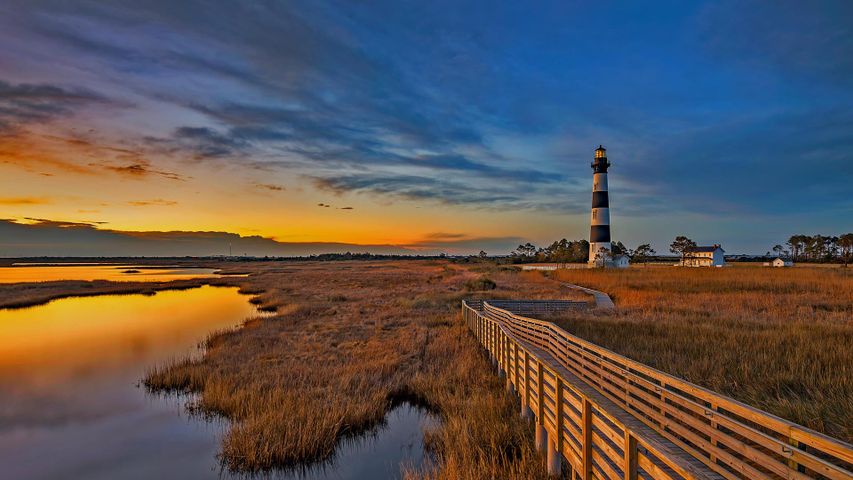 The lighthouse at Bodie Island (pronounced ‘body island’) keeps watch over the Cape Hatteras National Seashore, in North Carolina’s Outer Banks, a coastline dubbed the ‘Graveyard of the Atlantic’ for its long history of shipwrecks. The black-and-white striped structure shown here is the third lighthouse to stand in this vicinity. The first Bodie Island Lighthouse was abandoned in 1859 after it began to lean, and the second was destroyed during the first year of the Civil War, 1861, by Confederate soldiers who feared it would be used as a Union observation post. The current lighthouse has stood its ground since 1872.