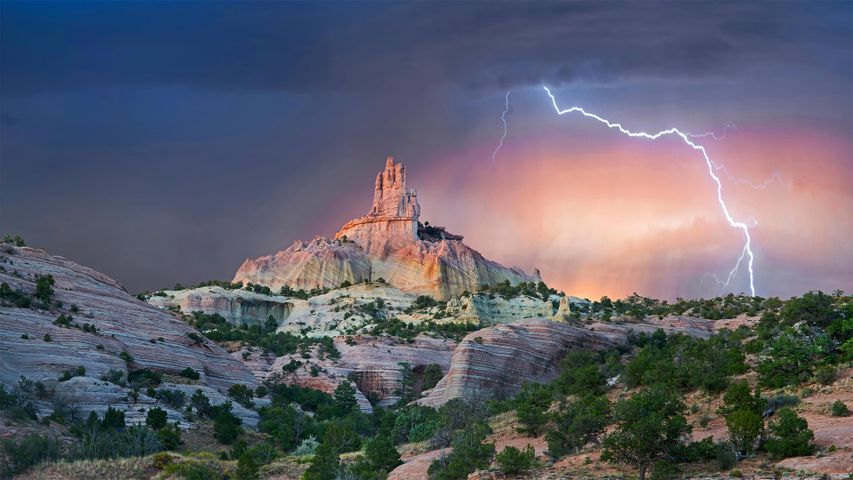 It's okay if this stormy shot stirs your spirit with holy awe: They call this wind-carved edifice Church Rock for a reason. Surrounded by an enchanting Southwestern American landscape, it's a sight that almost invites you to get lost out here - and if you look at a map of these parts, you'll see that's not too hard.

We're in the 'checkerboard' region of the US state of New Mexico, where patchwork borders separate sovereign Navajo Nation grounds and private land. For its part, Church Rock was the crown jewel of a state park before it was returned to the Navajo in 1989, while the city of Gallup now maintains the nearby parkland. Maybe it's simpler to think in terms of a more ancient boundary line: The Great Continental Divide, marking the border between North America's Atlantic- and Pacific-destined waters, crosses the famous Route 66 - also known as the Main Street of America.